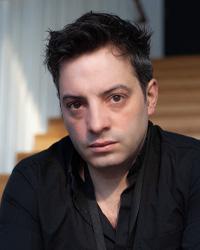 cast Sara Adan Vich, Ricard Boyle Coll, Guillem Font, Aida Llop Garcia, Miriam Moukhles, Lluis Oliver Berga, Adam Purti Del Ruste, Caterina Tugores Ferrer It is 2001. Andrea, a young activist, returns from the Genoa counter-summit where (s)he lost an eye due to police violence. A few days later, (s)he finds that (s)he wakes up every other day with no memory of the day before. S(he) gradually realises that the days (s)he cannot account for are being lived by another personality whose behaviour and actions are very different to his/her own. Andrea starts to fight against his/her alter ego to take back control of his/her entire self.

Available visits for the {0}

Your cart is empty.

We accept the following payment types and guarantee that your Internet transactions are safe:

Unfortunately, your session has expired. Please reload the page to continue.

The configuration for quota distribution is not correct. Please check with your administrator.

The configuration to change the seat category is not correct. Please check with your administrator.